Dinosaurs in Gubbio: tracing their extinction

The exhibition is set out in the ancient monastery of San Benedetto dating from the 14th century, located at the entrance to the Gola del Bottaccione, the rocky ravine between spurs of the Apennines which holds the secret of the extinction of the dinosaurs 65 million years ago.

The samples of dinosaur fossils on display in the exhibition enable visitors to observe their morphological characteristics on a life-size scale and understand the habitats and ways of life of these animals which dominated the Earth’s surface for more than180 million years.

The exhibition provides an overview of how the dinosaurs evolved starting with the oldest known specimens such as the nests and eggs belonging to the small Mussaurus Patagonicus, which lived between 250- 200 million years ago, and including the far larger species such as the Megaraptor Namunhuaiquii, with claws 46 centimetres long, or the Giganotosaurus Carolinii, a carnivore 15 metres long and weighing 8 tonnes, or the Rebacchisaurus Tessonei, a herbivore 17 metres in length and weighing 10 tonnes, all of which lived during the Cretaceous Era.

The itinerary of the exhibition, enhanced by the Quadrisfera Installation, offering a multi-media experience which is truly unique, is connected to the Gola del Bottaccione, along an easily accessible route and also includes Gubbio itself and its surrounding territory, which offers a wealth of geological, natural and educational treasures. 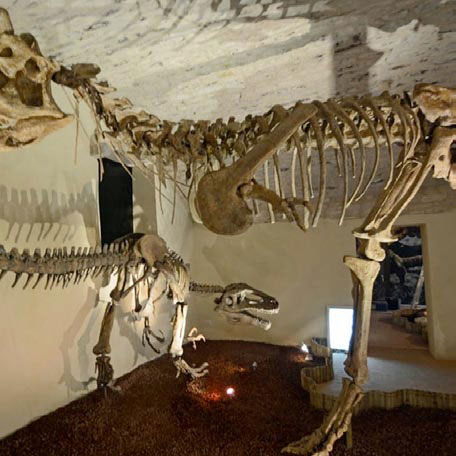 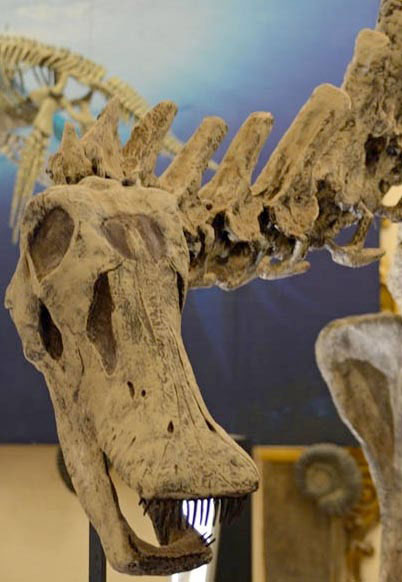